Data Expedition, Inc.® (DEI®) is the creator of the world's only intelligent data transport software that instantly adapts to any network path to deliver data as fast as the infrastructure can handle it.

Since 2000, DEI has provided data transport solutions to companies of all sizes across nearly every continent and industry.  The company's patented MTP™/IP technology uses unique flow-control and error recovery algorithms to achieve high-network efficiency across all IP networks.

Companies using or integrating DEI's solutions can move data at the full speed of the underlying infrastructure without human intervention and at a fraction of the cost of other solutions. 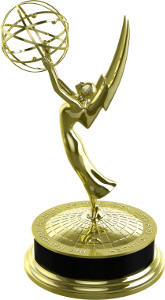 Learn why DEI is the best choice for faster, more reliable data transfer. >

How to reach us

Whether you are an established customer or just looking for information, please contact us with any questions you may have.

How it all began

It's pretty cool when an off-handed comment leads to solving a modern technology challenge and the start of a successful business - sort of like companies that were conceptualized on a paper napkin.  In this case, Data Expedition, Inc., or DEI, has its roots in 1990s research by Ph.D. student Seth Noble that became - arguably - the 21st century data transport solution for 21st century network demands.

Seth, the founder and president of DEI, studied engineering and computer science at Caltech where he earned dual Bachelor and Master of Science degrees in 1994.  He then attended the University of Oklahoma where he began to research advanced network communication protocols, and in 1999 was awarded a Ph.D. in the field of Computer Science for his work in developing the Multipurpose Transaction Protocol® (MTP) technology.  Protected by several patents, MTP is the backbone of DEI solutions and still the world's only commercial file transport software that automatically adapts to any network without relying on legacy transport protocols.

So, what inspired MTP?  During the summer of 1993, while talking with a fellow Caltech student in the expert systems laboratory of the late Dr. Frederick Thompson, Seth, then an undergraduate, noted the limitations of TCP/IP in transmitting real-time audio-video.  He suggested that perhaps a new transport protocol was needed, but the fellow student dismissed the suggestion saying, "If there was a better way to do such a thing, someone would have done it already."

"It was a shocking thing to hear," recalls Seth.  "It went against everything Dr. Thompson had been teaching us about innovation and forward thinking."

The comment stuck in Seth's mind for more than a year until the University of Oklahoma's newly independent Computer Science department gave him an extraordinary opportunity: to conduct fully funded doctoral research in any area of his choice.  With the "if there was a better way" comment still fresh in his mind, the doctoral candidate chose to research the creation of a new data transport protocol optimized for modern applications and networks.

The initial goal for the technology was to provide a platform for performing rapid database queries and audio-video streaming.  By 1997, MTP was capable of performing reliable data retrievals with zero connection overhead and could stream real-time telephone conversations across congested network backbones with no drop-outs and minimal latency - a milestone.  But in the process of this development, it became apparent that the limitations of TCP presented many more opportunities for improving data transport across industries.  By the time he completed his dissertation in 1999, the now Dr. Noble had expanded the technology to provide general purpose data retrieval across wide area networks at speeds four to 10 times faster than TCP.

The following year in 2000, Seth founded Data Expedition, Inc.  The acronym, DEI, is a reference to his membership in Caltech's Dabney House (for those who appreciate science history, "DEI" has been inscribed on numerous space probes and science missions for decades).  Since founding DEI, Seth has worked to develop MTP technology into a variety of commercial products for internet and cloud applications.  The MTP technology has continued to grow, adding new features and functionality targeted at commercial software development and end-users.

The better way? MTP transports any data along any path for any industry at the maximum speed of the path.

Try before you buy

We're so confident in our technology that all of our end-user products are available to try right now - no strings attached.